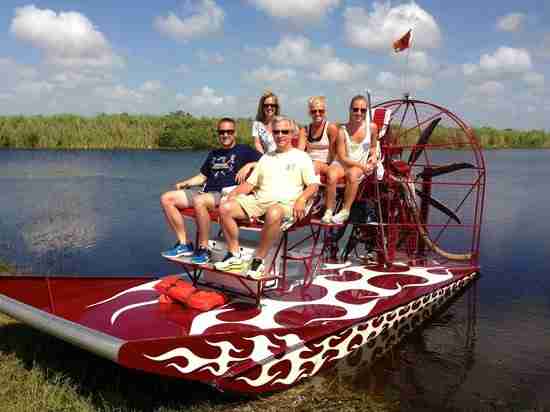 A History of Airboats

When Were Airboats Created?

Airboats in the Everglades did not exist until after the late 1930s. The area that now lies between Fort Lauderdale and Naples including the National Park was considered an undesirable area.  The residents of South Florida and the first tycoons planned to develop the Everglades and commercialize it. Little did they know the most important factor of this Ecosystem was the water. This is what started the push for Its preservation, but that is another story. The first so-called airboat built outside of the United States was built by Alexander graham bell in 1905 in Canada it was called the ugly duckling. There is still debate today that Glen Curtis built the first actual airboat built for the swamps of Florida.

Glenn Curtis was one of the first to create an airboat in South Florida. Not far behind were a couple of froggers named Johnny Lamb and Russell Howard and this is how the airboat evolved.

Today airboats are far more advanced and used for a variety of things personal watercraft, Law enforcement, and Airboat rides in the Everglades. Many visitors today come from all over the world to experience the River of grass adventure. Boat tour companies have popped up all over Florida in the past several years due to its popularity among tourists. Everglades Airboat Tours are some of the top tourist attractions in Fort Lauderdale Florida.