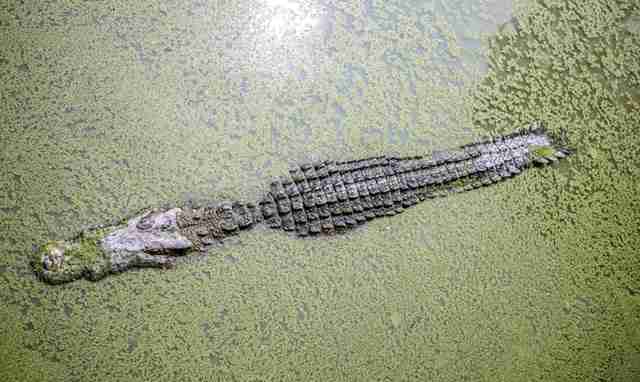 All About Alligators And Crocodiles In The Everglades

The Everglades is home to a variety of animal species. Those live and coexist with one another among the sawgrass and mangroves. Colorful birds and schools of fish reside in harmony as our Airboat glides through. However, everyone knows that the main attractions are the American alligator and the crocodiles in the Everglades. While cruising you may spot an alligator, but it looks slightly different. Don’t worry, you’re not the first person to mistake the American crocodile for an alligator.

While being the largest species of reptiles currently in existence, the American crocodile and American alligator peacefully coexist with one another in the Everglades. In fact, this is the only location in the world where alligators and crocodiles peacefully coexist in the same ecosystem. Thanks to Airboat Rides Fort Lauderdale, you’ll be able to expertly spot whether or not you’ve found an alligator or crocodile while onboard your Everglades airboat tour.

While they do appear to look similar, there are key differences between the two giant reptiles. The American crocodile differs significantly from its fearsome relative located in Australia and Africa. Rather, the American crocodile is docile and keep to themselves. The American crocodile tends to live in the saltwater and brackish water areas of the Everglades. Their skin is typically white or gray, and their snout is long and narrow. While some American alligators have been spotted at 18 to 20 feet, most grow anywhere between 10 and 14 feet. The American crocodile will typically avoid human contact and will run away and splash about as you approach. People typically interpret this as anger, however, this is their natural reaction when scared.

While onboard your Everglades airboat tour, you’ll find that the American alligator reigns supreme throughout the Everglades. Alligators are typically smaller than crocodiles. The male can reach 10 to 13 feet. Most, however, fall within the 6 to 8-foot range. Alligators are usually green with a yellowish underbelly. They have a short and broad snout. While there is only an estimated number of roughly 1,000 crocodiles, there are over 200,000 alligators in the Everglades and 1,500,000 throughout Florida. Your chance of sighting an alligator is far higher than a crocodile. Remember to keep your eyes open at all times!

Seeing Alligators and Crocodiles on An Everglades Airboat Tour

If you want to see alligators and crocodiles up close and personal, then you need to hop on board an Everglades airboat tour with Airboat Rides Fort Lauderdale. You’ll find that many parks and airboats tours have enclosed alligators for you to view, or go too fast for you to even spot one. We here at Airboat Rides Fort Lauderdale respect and appreciate these creatures, which is why we do our best to spot them in their natural environment, while not disturbing them. While we can’t guarantee that we’ll see one as these are wild animals with erratic behaviors, we do know of certain locations and hotbeds where they typically commune and hunt. We give you the best opportunity to see the great creatures up close. During an Everglades airboat tour with us, you’ll be taken away from your everyday life and transported to a true natural wonderland.

Contact us or call Airboat Rides Fort Lauderdale today at +1 (954) 338-4890 to inquire about booking your private airboat tour.