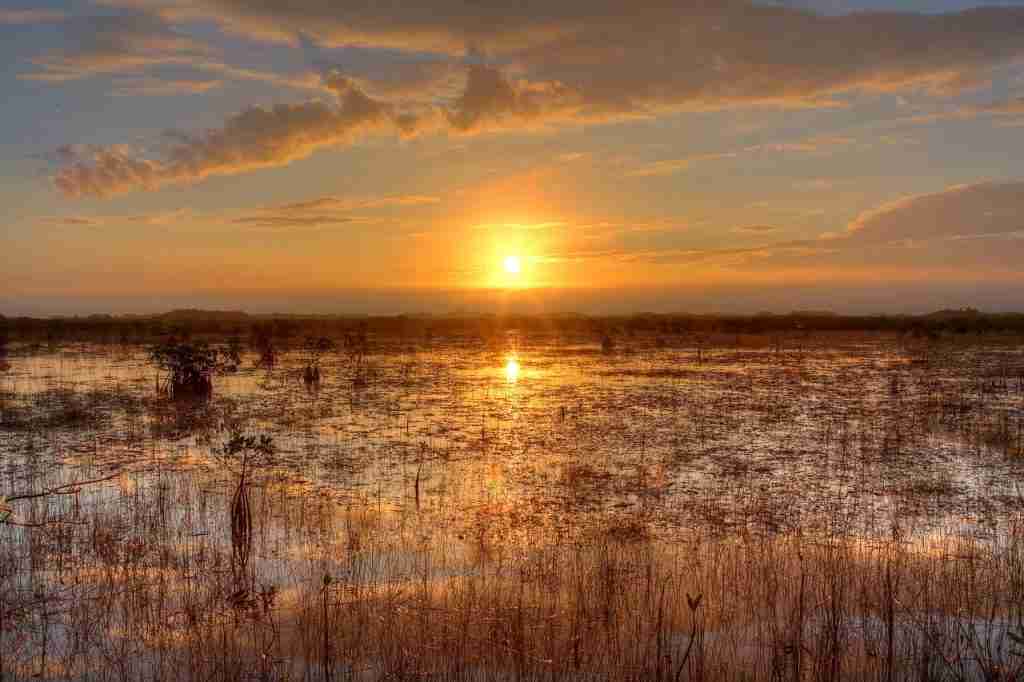 The Everglades is a place of true peace in nature. It’s a perfectly balanced ecosystem where the water is calm, and always a slight breeze from the ocean that rolls over the sawgrass prairies and mangrove forests. The sun shines high above upon a cloudless blue backdrop that blends in with the water. Meanwhile, you are enjoying an Everglades tour from Airboat Rides Fort Lauderdale. As one of the largest wetlands on the entire planet, the Everglades is home to thousands of different animal species. These animals of the Everglades range from hundreds of bird species to polarizing reptiles and amphibians, to even several land creatures. While onboard an Airboat Rides Fort Lauderdale it’s not guaranteed that you’ll see a certain animal, however, you have a very high chance as we enter their environment.

Animals of The Everglades

Everglades National Park is a remarkable and memorable place that is home to hundreds of different species of wildlife. To experience and take in all the sights and sounds the Everglades has to offer is unlike any other. Experiencing all the animals of the Everglades would be an awesome feat.  Each group of animals that inhabit the Everglades plays an intricate part in the ecosystem of the Everglades.

Reptiles of the Everglades

Other major reptiles in the area include several species of snakes. 20 plus different species of snakes inhabit the Everglades. You can break the snakes down into venomous and non-venomous categories. 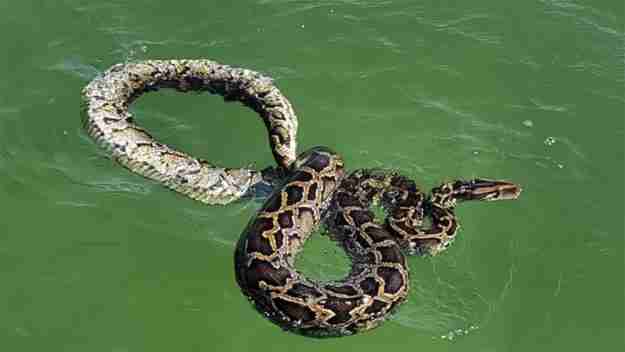 Amphibians of the Everglades

While nowhere near as prominent in the Everglades as their reptilian cousins, there are several amphibians that have made the “river of grass” their home. These animals of the Everglades tend to live in humid, moist, wet environments. Amphibians possess skin that is smooth and moist, unlike their cousins which have thick, scaly skin. Frogs such as the pig frog swim among the fish and alligators. Other frogs stick to the trees, such as the Cuban treefrog, Green treefrog, and the Squirrel treefrog. There are also several toads that have managed to survive and thrive throughout the Everglades. While on an Airboat Rides Fort Lauderdale tour, you may come across some interesting looking amphibians, such as the Two-toed amphiuma. While it may have the body of a snake, it’s actually an amphibian with two small arms and two small legs.

Fish of the Everglades

One of the most interesting things about the Everglades is that it’s an ecosystem that receives both saltwater from the Gulf of Mexico and freshwater from the Florida Bay. This gives a wide range of fish the opportunity to call the Everglades their home. It houses nearly 300 different species of fish. You have the opportunity of observing several of these remarkable fish species, such as the great Barracuda, Bluegill, Everglades pygmy sunfish, and so many more. In addition, you will see full schools of fish alongside the airboat as we cruise through during our Everglades tour. Other species include:

Birds of the Everglades

Over 350 species of birds inhabit the Everglades. These Everglades birds are truly beautiful creatures. Every single year, thousands of birds flock to the Everglades and call it home as the winter moves in. The birds found in the Everglades can be categorized into three groups. For example, wading birds, land birds, and birds of prey. We assure you that while onboard one of our Everglades tours, you’re bound to come across some of the most incredible birds the world has ever seen. 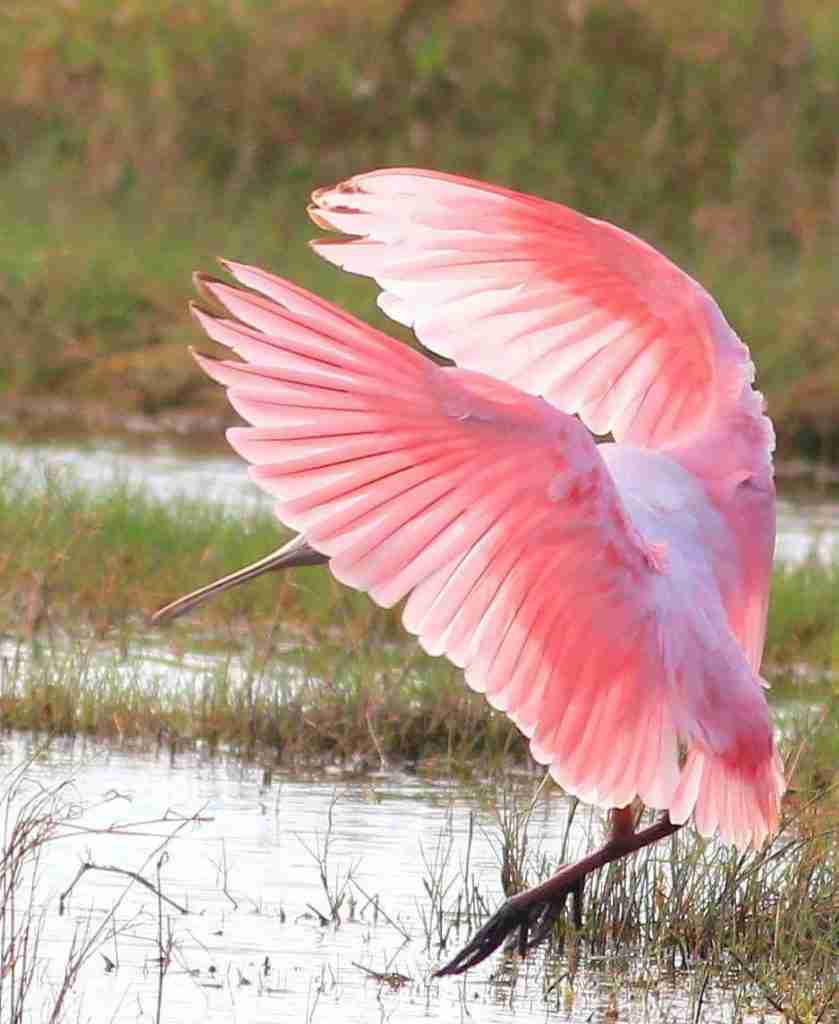 Wading Birds – Most commonly found along shorelines and mudflats foraging for food. Utilizing their long legs, this allows them to stand in shallow water while hovering over to catch their food. Sixteen different types of wading birds, to be exact, inhabit the Everglades. Some of the more popular birds of the Everglades are:

Land Birds – These are birds who live and nest in trees and like a drier environment. Most notably, these animals of the Everglades can be found in the hammocks and banks which provide plenty of food. There are a plethora of species who call the Everglades home and some who migrate here during the winter months like warblers, wren, bobwhites, and meadowlarks. Similarly, most of these birds are known for their vibrant colors and loud chirping noises. Other popular species of land birds include:

Birds of Prey – These birds hunt other birds, amphibians, insects, reptiles, small mammals, and fish in the Everglades. These birds are known to be of the larger variety and also known as raptors of the sky. For instance, the American eagles that call the Everglades home house two distinct types of eagles. Golden eagles and Bald eagles. Bald Eagles are the most recognizable with their white head and majestic wingspan. Eagles hunt from high in the sky and swoop down at high rates of speed and grab their prey with their large talons. Other species that prey on other animals of the Everglades are:

Mammals of the Everglades

The Everglades is k 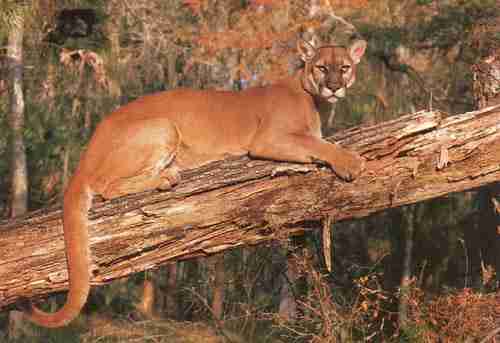 nown for being predominantly water, but there are patches of land where mammals are able to walk around and exist. You’ll find everything from white-tailed deer to cottontail rabbits to even domesticated dogs and cats roaming the Everglades. Over 40 species of mammals call the Everglades home. However, there’s only one animal as polarizing as the American alligator within the Everglades: the Florida Panther. Less than 100 Florida panthers still live in the Everglades, however, they’re still kings of their own backyard. Florida panthers can weigh up to 160 pounds and mainly hunt the deer that live in the area. Other mammals found in the Everglades include raccoons, striped & eastern spotted skunks, opossums, river otters, long-tailed weasels, red & grey fox. More notable mammals of the everglades consist of:

The Everglades is a remarkable ecosystem that truly embodies the best aspects of nature. When onboard an Airboat Rides Fort Lauderdale Everglades tour, it’s important to remember that we’re in their home, and we have to treat it with the utmost respect. If you ever have any questions regarding a particular animal, your captain will be able to provide an answer along with any other interesting knowledge they may have about it. If you’re interested in seeing the remarkable animals of the Everglades, call Airboat Rides Fort Lauderdale at +1 (954) 338-4890 or visit our contact page today.