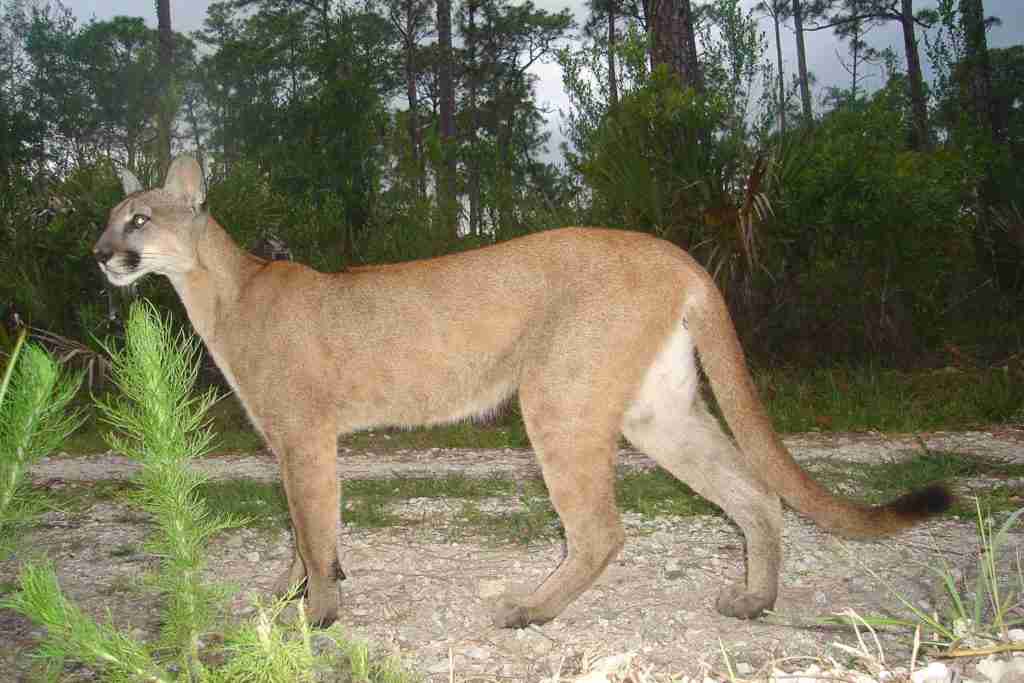 The Florida Panther in the Everglades: What You Need to Know

The Everglades are famous for their crocodilian inhabitants. However, this great environment provides far more biodiversity than most would ever know. Crocodiles, alligators, native birds, manatees, and sea turtles are just part of the Everglades’ natural population. Still, this article will focus on an animal that is far less common but fascinating: the Florida panther. There is indeed much we can learn about this species. Without further ado, here are some facts about one of Florida’s rarest animals.

Panthers have a reputation for being dangerous. Their strictly carnivorous diet does make them one of the most significant predators. They exclusively eat meat, with a diet made mostly of raccoons, armadillos, feral hogs and white-tailed deers. Exceptionally they are also known to eat alligators, which is no small feature. Alligators are the Apex predators of their environment, which brings Florida panthers to stand on top of the food chain.

Florida panthers will favor upland forested areas. Those make a safer and dryer resting and denning ground for them to live. The animals they prey upon live in higher numbers in uplands, rather than the Everglades’ lower flooded habitats. However, their occasional eating of Alligators shows they also inhabit the lower and more flooded grounds of the Everglade swamps.

A Rare and Endangered Species

The Florida panther population is low in numbers. There is an estimated 120 to 130 panthers currently living in southern Florida. They inhabit swamplands such as Everglades National Park and Big Cypress National Preserve. This makes Florida panthers a very rare sighting in the Everglades. You might get lucky with taking a Fort Lauderdale Everglades Tour and catch them in their natural environment. Habitat reduction has caused panther numbers to dwindle over the years. New conservation efforts on the Everglades and genetic restoration programs mean that the species is slowly growing.

In 1995, The Genetic Restoration Program was created to maintain genetic health within the Florida panther population. It introduced female Texas panthers in south Florida so that inbreeding would slow down. Genetic depression has significantly reduced, leading to an increase in health and survivability among the species. The result is an increase from 20-30 panthers to a healthier 100 panthers, effectively tripling the population by 2007. This program’s success carries on giving hope as the Florida panther population has since increased to 120-130.

In 1989, Florida discovered high levels of mercury in fish in the Everglades. This was due to industrial mining and the smelting of metals within Florida. Those mercury levels were then passed on through the food chain through small prey such as raccoons. They accumulated in larger quantities as it went up the chain. This resulted in predators on top of the chain, such as the Florida panther containing the most mercury. Mercury won’t be completely removed. However, mercury and other emissions reduction technology are reducing mercury levels and will carry on doing so over the years.

There are many other things to learn about the Florida panther. Being able to find them in their natural environment is a rare and privileged sighting. The Everglades in Fort Lauderdale is a possible place where you can see them. There is hope that they might eventually be reintroduced to new areas. However, the lack of understanding and general fear of those magnificent feline creatures means it will take time before they ultimately reach non-endangered species’ status.