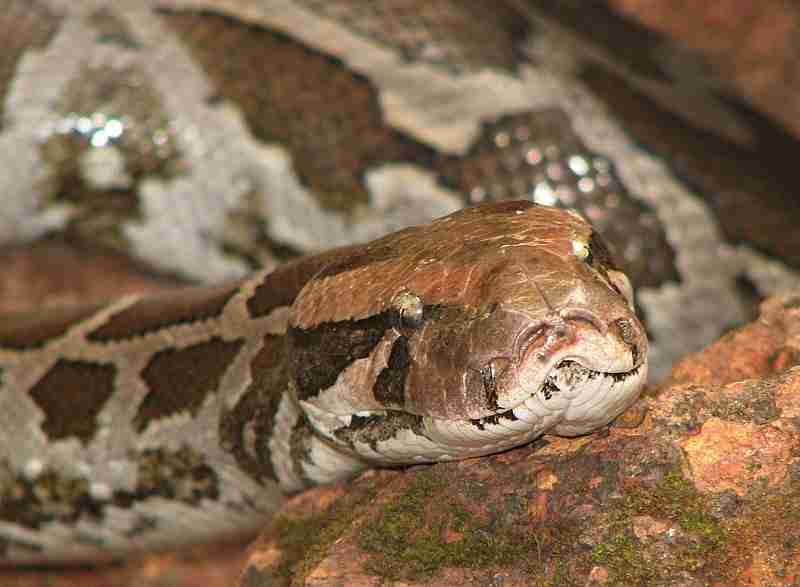 Burmese Python Invasion In the Everglades

The Burmese Python is among the most problematic invasive species in Florida’s Everglades. They invade the area entirely, taking over the land, and killing many of the Swamp’s native species. The presence of Pythons in the Everglades is a nightmare for conservation efforts. Furthermore, Everglades experts think that the Python invasion may be the worst to ever affect the Everglades.

What Makes The Invasion Of Burmese Pythons So Bad? 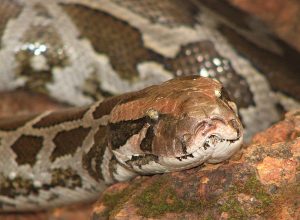 The Everglades is home to tons of unique and fragile wildlife that is being killed off by Pythons. Ultimately, the presence of Pythons could lead to certain species becoming extinct. Of course, this goes against all of the conservation efforts put in place over the years. Pythons begin with small, easier to kill animals. Raccoons, rabbits, and rats are among the number one prey for the Pythons. But, older Pythons can kill larger prey. This affects deer, alligators, and more. Upwards of 100,000 pythons are thought to be in the Florida Everglades. For the most part, these Pythons are the offspring of pets that irresponsible owners released into the wild. These massive snakes can weigh up to 200 pounds, and have incredible strength that poses a threat to animals of all kinds.

The Burmese Python Invasion Doesn’t End In The Everglades

One of the biggest fears for conservation experts and those combatting the Python invasion? “Where will these snakes go next?” A number of Burmese pythons exist north of the Everglades. This creates the concern of their invasion going beyond Florida’s Wetlands. But – there’s hope. Burmese Pythons and cold weather don’t mix very well. As a cold-blooded Reptile, this snake will simply die when the weather gets cold enough. This Winter, Florida experiencing cold weather is the best hope for controlling the invasion of Pythons. 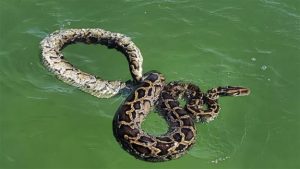 Airboat Rides Fort Lauderdale is your number one choice for private airboat rides in the Fort Lauderdale area. Want to learn more, or book a tour? Give us a call at (954) 338-4890 or contact us online.